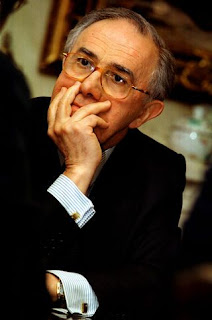 Jardim Gonçalves accused: Charge the BCP is based on the processes of the Bank of Portugal and CMVM

The accusation of the prosecutor to the former administration of the BCP is based on information supplied by the Bank of Portugal, regarding accounting matters, and the CMVM, for handling the actions of the bank.
The complaint from Joe Berardo is the source of the complaint to Jardim Gonçalves, Cristopher Beck, Filipe Pinhal, and Antonio Castro Henriques Rodrigues. The process only has to be built by further investigations and information provided by the Bank of Portugal and Commission for Securities Markets, established the business.
The Procudoria General of the Republic shall issue a statement today about the process.
The five former managers are accused of market manipulation, false accounting and fraud qualified. Jardim Gonçalves and Cristopher Beck is punishable with imprisonment for up to three years, and the crime of swindling up to eight years in prison.
The manipulation of the market is a matter that is within the powers of oversight of the capital market and as such CMVM. The accounts are valued by the Bank of Portugal.
Besides the criminal proceedings, the trustees of the BCP are subject to sanctions by the supervisory authorities.
The prosecutors accused the five directors to have caused a loss of around 600 million euros to BCP and had improperly received 24 million euros.
In general terms, what is at stake is the charge to purchase shares of BCP through vehicles and credit of the bank - which has inflated the price of bank shareholders - and not after accounting for losses in the accounts - that the blister profits. Based on these results have been calculated the awards to administrators.
Publicada por RESSARCIDO à(s) 03:42